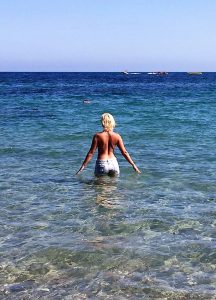 Think of Spain and almost everybody will think of things such as sunshine, sangria, soccer and siesta. But this fascinating country is much more than that. Many visitors from Northern Europe will be familiar with self catering, sangria, sunshine and sea but it is sad just to confine yourself to tourist filled resorts and not branch out to discover the real Spain.

I guess the locals are happy to have tourism, which brings employment and opportunities, but they are probably also glad they stay confined to areas such as Benidorm, Marbella and Alicante, to name but a few.  A nation with differing languages, climates and traditions makes it a magnet for visitors.  Spain is so fascinating we have decided to make it our new home but why? Why Visit Spain. 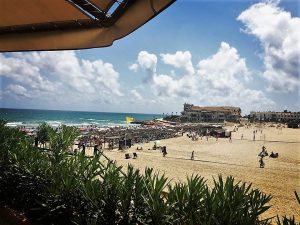 One of the real draws for us to start a new life in Spain is the sunshine. Coming from grey and dreary Ireland the chance to catch a glimpse of blue skies is the ultimate medicine. Take any holiday brochure and no doubt Spain and its islands will dominate. Hardly surprising really, the overwhelming attraction of Spain for most foreigners is its excellent climate. Spain is the sunniest country in Europe and the climate (on the Costa Blanca) has been described by the World Health Organisation as among the healthiest in the world.

For this reason as a Cystic Fibrosis sufferer Spain and the Costa Blanca was an easy choice for a new life. If a wet northern European summer is getting you down you are guaranteed sunshine by taking a short flight to Spain. Even during the winter months the sun keeps shining and Spain makes a perfect destination any time of year. With the sunshine comes outdoor pursuits and a general feeling of happiness… what more is there to say!

Browse through any of our why visit pages and you will see that food almost always features for many countries. Nearly every nation on the planet will boast their own delicious national dish but Spain has a real weapon in its arsenal…Tapas.  Living in Ireland we have seen how popular this form of cuisine has become and restaurateurs around the country are licking their lips at the delicious profits this type of cuisine is offering. Tapas are small portions of snacks or appetisers which are served in most, if not all Spanish bars, alongside the alcohol.

These tapas can be served hot or cold. Some of the famous tapas include cheeses, olives, fried squids, chorizos (sausages) etc. Tapas are something that is exclusive only to Spain and some select Latin American countries.  In addition to Tapas is the famous national dish of Paella. Paella is a rice dish which is served in the main course which originated in the Valencia province of Spain. It mostly consists of rice cooked with beans, vegetables, meat. It has many variations and can be cooked with seafood as well. Olives and saffron are the important ingredients which give it the rich taste. Paella can be found in all major cities of Spain today but the real, authentic and the tastiest paella has to be eaten in Valencia.

If lying on a beach for two weeks sipping on beer or hanging around a pool side bar doesn’t get your blood running then the chances are you are fond of adventure.  Having travelled the world we are always on the lookout for the next big attraction or thrill-seeking activity. From zorbing, bungee and skydiving in New Zealand, volcano boarding in Nicaragua, tubing in Laos and wall climbing in China some nations provide unique attractions.  If getting messy and having a crazy time is your thing then the Spanish festival of La Tomatina is for you. La Tomatina is a Spanish festival celebrated with tomatoes, simple as that, but they are not eaten. It is essentially celebrated only in the city of Bunyol in Valencia.

It is a festival that is celebrated on the last Wednesday of August every year. People take to the streets and indulge in what is basically a food-fight, but only with tomatoes. The tomatoes used in the festival are grown especially for it and they are very inferior in taste. The festival lasts only for roughly about an hour and there are rules. In 2013, The Town-hall of Bunyol decided that they will allow only 20,000 revelers this year to participate in the festival. 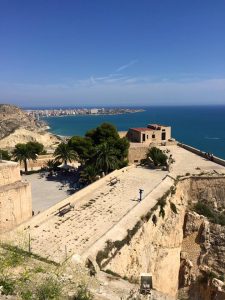 Walking you say? Can’t you do that anywhere? The short answer is yes but similar to above if walking along a beach or promenade isn’t challenging enough for you, never fear Spain again provides one of the world’s most famous walks…well shared with France! This is of course the ever growing in popularity Camino de Santiago.  The Camino de Santiago (the Way of St. James) is a large network of ancient pilgrim routes stretching across Europe and coming together at the tomb of St. James (Santiago in Spanish) in Santiago de Compostela in north-west Spain.  Yearly, hundreds of thousands of people of various backgrounds walk the Camino de Santiago either on their own or in organised groups. People who want to have peace of mind will benefit from an organised tour or a self-guided tour while many will opt to plan the camino on their own.

The history of the Camino de Santiago goes back at the beginning of the 9th century (year 814) moment of the discovery of the tomb of the evangelical apostle of the Iberian Peninsula. Since this discovery, Santiago de Compostela becomes a peregrination point of the entire European continent.  Not only is the walk a great way of keeping fit and nurturing your spiritual side but it is also a great chance to see a part of Spain which is unique and different from the southern holiday resorts many will be familiar with. The area boasts its own language and the wonderful cities of Bilbao and Compostela are up there with some of Europe’s most beautiful. 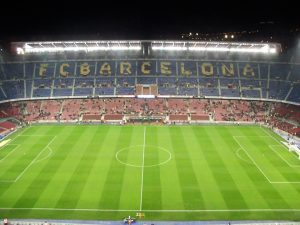 Check out our why visit Germany section and you will see that we added football to the list. Not surprising seen as though they are the current world cup champions and famous teams like Bayern Munich and Borussia Dortmund ply their trade here.  Spain however is the real hot bed of European football at the minute.  Although Manchester United are close to my heart they are still currently a bit behind the swagger and panache of FC Barcelona or Real Madrid.

Not only are these teams world famous, boasting two of the world’s best players in Messi and Ronaldo, they both boast iconic stadiums. Barcelona playing at the Camp Nou and Madrid in the Santiago Bernabeu.  Football is serious business here and quite frankly a religion. The intense rivalry between Barcelona and Real is more that just football it is an identity and politics in motion. El Clásico, as it is dubbed, is now shown all around the globe and it has always been a heated match, from both sides making it a fascinating spectacle.

For many people, Barcelona is still considered as “the rebellious club”, or the alternative pole to “Real Madrid’s conservatism”. According to polls released by CIS (Centro de Investigaciones Sociológicas), Real Madrid is the favourite team of most of the Spanish residents, while Barcelona stands in the second position. In Catalonia, forces of all the political spectrum are overwhelmingly in favour of Barcelona.

Nevertheless, the support of the blaugrana club goes far beyond from that region, earning its best results among young people, sustainers of a federal structure of Spain and citizens with left-wing ideology, in contrast with Real Madrid fans which politically tend to adopt right-wing views. If all this politics is too much then there are many other talented teams the length and breadth of the nation from Athletic Bilbao in the North to Sevilla FC in the South, oh and the national team aren’t too bad either!!

Why Visit Spain … Why Not?

So there you have it, five great reasons to visit Spain and quite frankly there are many many more. If a couple of weeks in the sun sipping a beer and partying is your thing then Spain is the place.  If a more tranquil setting and siestas are more your thing then Spain is the place for you. Young or old are all attracted to what this nation has to offer.  Discover Moorish Spain in the winding streets of Córdoba, Brave a bullfight (or at bull ring tour) to see the controversial tradition of bullfighting, which is still very much alive in Spain and immerse yourself in Barcelona, from the cramped alleyways of the Barri Gótic (Gothic quarter) to the 19th-century Eixample quarter, where many Gaudi buildings lie. There is many things to do in Spain and the almost endless sunshine makes it possible at any time of year. 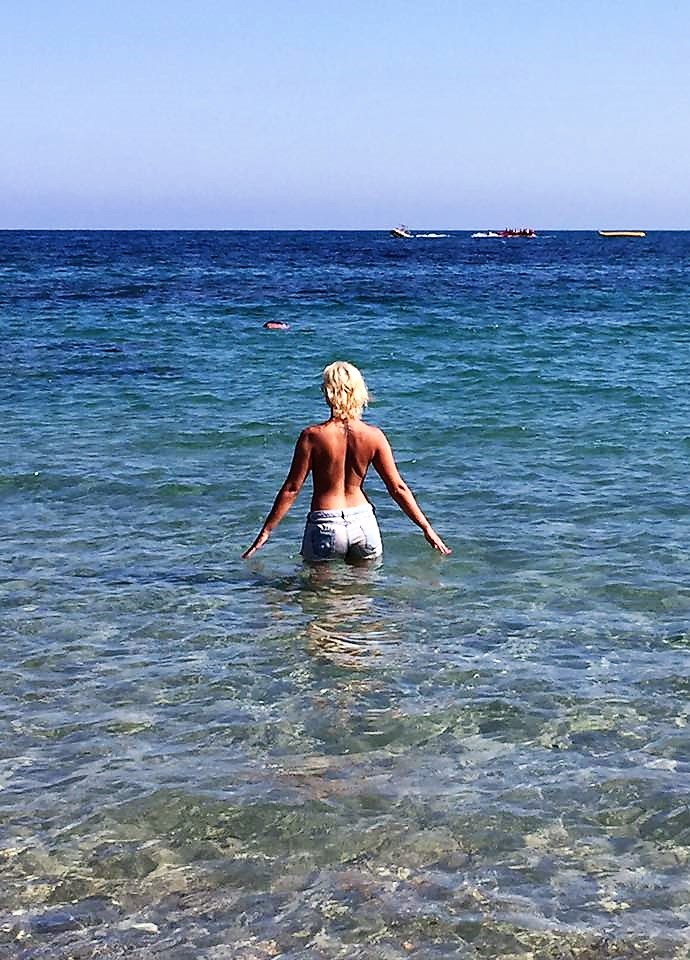