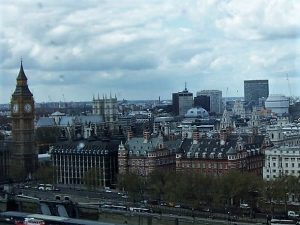 The Queen, fish and chips, tea and scones, St. George, traditional pubs, warm lager and jellied eels. Just some of the stereotypically english things we think of with regard to this part of the United Kingdom. With the onset of Brexit the country faces an uncertain future, before all hell breaks loose now is as good a time as any to visit this current EU member. Seriously though England has much to offer and is easily reached with many connections with continental Europe and the rest of the world via a multitude of airlines and airports. In addition a large fleet of sea links, helicopters trips and the Channel Tunnel, there certainly is no reason not to visit England….unless you are scared of rain! All there is left to do is stock up on the raincoats, pounds sterling and visit England as we give you just some reasons to Why Visit England?

Why Visit England More Than a Land of Lager and Chips 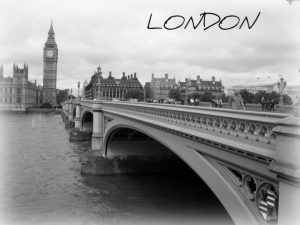 Where else can you start but in London, one of the most iconic capital cities on the planet. A vast, vibrant and multicultural city and the largest in Western Europe. If you are after peace and quiet, look elsewhere, but London has so much to offer you could spend days here and still see only a small portion of the city. For attractions there is the London Eye on the banks of the Thames which gives you a fantastic view out over the city (weather permitting). Nearby is the houses of parliament and the iconic Big Ben clock. You can then stroll past Buckingham Palace and get a picture with the Queen’s guards. If the theatre is your thing then London is the place for you, take your pick from long-running musicals, classic plays, or brand new works making their West End debuts.  London can be quite an expensive place but for those budget seekers all is not lost. London is home to some of the best museums and galleries in the world – many of which are free. Spend a few hours in the British Museum, Tate Modern, Natural History Museum or the Science Museum, where you can browse the permanent collections at no cost.

If money is no object you can indulge in a spot of shopping from the flagship stores on Oxford Street, to gifts and bric-a-brac at London’s markets. Shop in Europe’s largest urban shopping centre at Westfield Stratford, or visit an iconic department store such as Harrods or Selfridges. If sport is your thing then the city has a range of year round sporting entertainment. London attracts the biggest sporting events in the world, not least the Olympic and Paralympic Games back in 2012. Take in a football match in the city or take a tour of the capital’s spectacular sporting venues from the home of the English national football team Wembley Stadium, to Lord’s Cricket Ground or Wimbledon Lawn Tennis Museum. After all that sightseeing you will need some refuelling, no need to worry you can take a culinary journey around the world with London’s diverse restaurants, ranging from Michelin-starred, to gastropubs,traditional British restaurants and afternoon tea. London’s bar scene is equally as varied, so check out rooftop bars, riverside pubs and champagne bars if the mood takes you. From the westend to the east end London has to be seen to be Adam and Eved (believed). 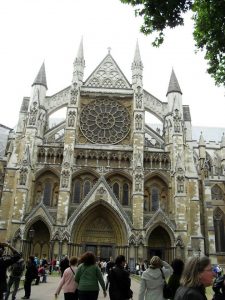 Just take a look around cities like London, Manchester, Liverpool and Birmingham and you will see modernity. The buildings, cars and technology reminding you that you are firmly in the 21st century. Take a closer look however and it’s not hard to find a history which dates back centuries. It may be small in size, but England’s history is world-famous and celebrated across the country. Whether it’s a visit to the awe-inspiring Tower of London, a walk around the atmospheric ruins of ancient castles, exploring prehistoric Stonehenge or checking out the Victorian village of Saltaire, you’ll feel like you’ve stepped back in time.  For those visitors from North America and Australia especially, a visit to England is like being transported to another century, a major contrast to the “newness” of down under or the 50 states across the Atlantic. The cobblestoned pavements, ancient buildings, historical ruins and the world’s first underground railway in London, even the game of football (soccer) was invented here! England is a site of battles from the battle of Hastings to Agincourt to World War II. If all that history gets too much you are never far away from modern England, particulary in the cities where latte and craft beer drinkers sip their over-priced beverages alongside the old traditionals such as tea and lager! 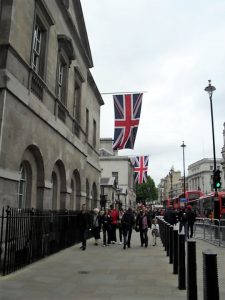 Alright surely there are much better reasons to visit England than the pub? Being an Irishman it does get tiring when people refer to the excessive drinking stereotype on a regular basis when describing our nation, but let’s face it the pub, and drinking alcohol, is part of our culture whether we like it or not. The same can be said for many areas in England. Just watch any popular english soap opera whether it be Coronation Street, Eastenders or Emmerdale and you will see that the traditional english pub is part and parcel of town or village life. You won’t find anywhere in the world quite like a traditional English pub.  Every pub has its own charm, whether it’s a huge fireplace to warm up next to after a long walk, or a beautiful beer garden to enjoy the best of the English summer (if there is one). In many towns and villages the pub is the heart of the community, visit one, enjoy a drink and chat with friends, maybe even join in for a game of darts! 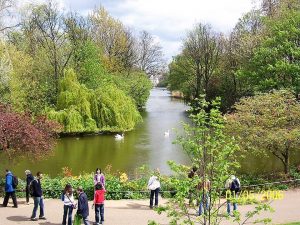 Is there anything better than just getting into a car, hopping on a bicycle or getting lost in pure nature? England might not seem to be the ideal place to get outdoors,due to the damp climate, but it is this climate that has helped shape some awe-inspiring sites within its borders. Whatever time of year you visit England you won’t have to worry about heat exhaustion, and don’t worry if there is going to be a heatwave here the local newspapers such as the Daily Mail and the Sun will give you plenty of advanced warnings about “killer weather” when the mercury rises over 20 degrees celsius!! If you’re interested in hiking, photography, outdoor adventures, cosy pubs with home-cooked food or visiting the homes of famous poets, then the stunning Lake District is for you.

If you’re looking for the most quintessentially English place to visit – The Cotswolds is it. Stone cottages, flowing streams, winding roads and pretty villages make The Cotswolds a postcard perfect destination for a great english escape. With a driving time of just 2 hours from London. Another place which is only 2 hours from London is the New Forest, in the New Forest national park you are surrounded by forests, commons, and a large number of walking/cycling trails. Look a little harder and you’ll realise that there are wild animals roaming free – think horses, cows, and even the occasional pig. The New Forest consists of many small villages and towns which are worth a visit, and a perfect destination to leave all the madness of London behind. All there is left to do is pack the umbrellas and the car and don’t forget to drive on the left if you are coming from continental Europe! 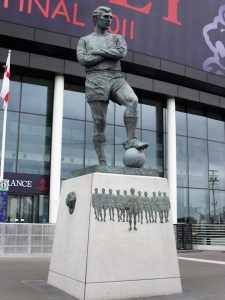 OK I am biased being a die hard Manchester United fan, the old joke goes that if you want to find a Manchester United fan just go to Dublin, London, Singapore or Tokyo! This isn’t quite fair on the thousands of Reds who hail from Manchester but the lure of this magnificent club is hard to resist for us red devils. The history of the club is fascinating, the recent 60th anniversary of the Munich air disaster tells you a lot about this club. They never forget where they have come from having risen like a phoenix from the flames and it’s in the clubs DNA to give home grown players a chance just as Matt Busby did all those years ago. For me they are the greatest side on the planet but if they are not your cup of tea then the Premier League is another great reason to visit England. Arsenal, Chelsea and the lesser clubs of Manchester City and Liverpool!!! All ply their trade here in front of thousands of fans per week. The Premier League may not be the most skilfu or technical league in the world but it certainly is the most popular. The vast sums of money sadly are going to keep many genuine fans away, due to exorbitant ticket prices, but if you are lucky enough to get a ticket it certainly is an experience to remember, unless it’s 0 0. If a ticket is too hard to get your hands on then you can check out the lower leagues for a more traditional football experience. After all England is the home of football and some of the best pies and chips can be had at an english footie ground. 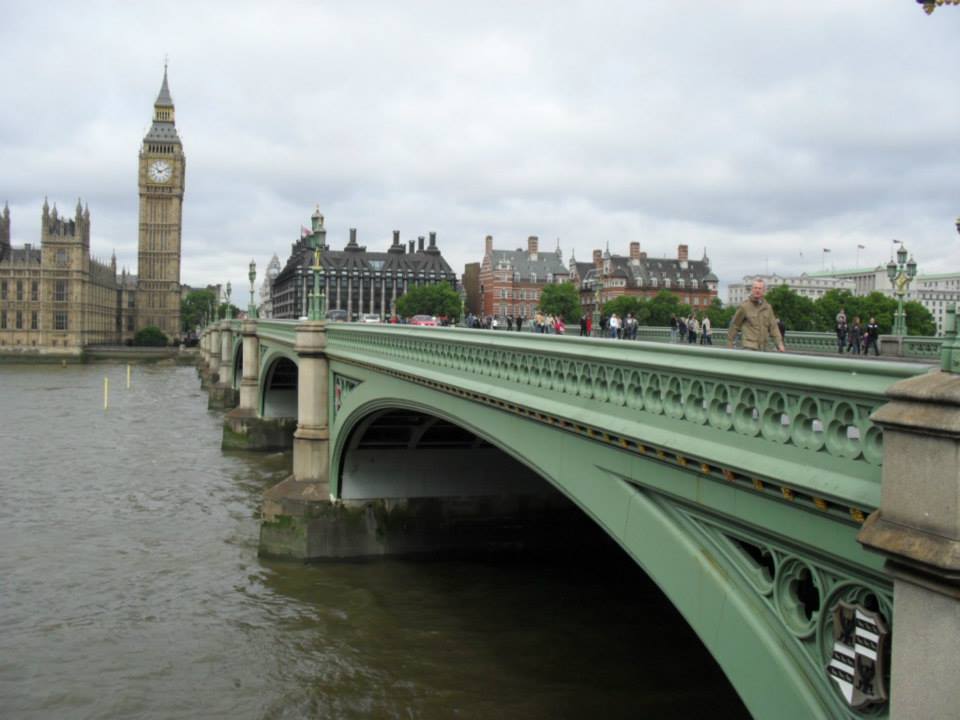