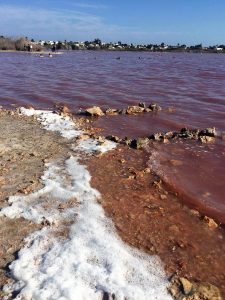 As a young child interested in world travel, nothing caught my eye more than exotic far flung locations depicted in books or on TV.  Ayers Rock (Uluru) in Australia, Taj Mahal in India, The Statue of Liberty in New York and Machu Picchu in Peru.  Fortunately in the years since I have visited these iconic and popular sights. Another place which I have been keen to visit has been the Dead Sea in the Middle East. Countless images of people lying back and floating on water.  This seemed totally absurd to my young eyes and beyond the laws of physics. Sadly to date I have yet to visit the Dead Sea but I have experienced the next best thing on my doorstep here in Europe. The Pink Salt Lake of Torrevieja Spain. 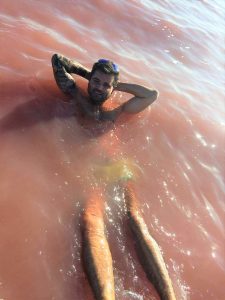 So were these images of people floating a myth or just a clever camera trick? With some further investigation it is evident why, and how a human being can float on water when it is not usually possible.  The answer lies in the lakes salt content, I won’t go into the detailed science stuff, there are plenty of other sites which can explain the phenomenon better than me, but put simply in order for you to float, the water that moves out of the way to make room for you must weigh as much as you do. Since you are lighter (less dense) than water, the water pushes you up enough for you to float. Salt lakes such as The Dead Sea or The Pink Salt Lake of Torrevieja Spain have a LOT of salt in it. Salt water is heavier (denser) than regular water. People can float in regular water, but since salt water is even denser, it is even easier to float in the Dead Sea.

Aside from the joy of floating why else would this site intrigue me? If you have been reading our blogs or taken a look at our website you will see that I suffer from the incurable condition, Cystic Fibrosis. Take a look at the blogs to read more about the condition but suffice to say there is no cure, as of yet! For now us patients need to keep active if possible and take a host of medication. We are also known as the “salty babies” due to our abnormally high salt levels in our sweat, a classic symptom of the illness with a sweat test one of the primary methods used to diagnose the condition. As salt is so prominent in our lives it made sense to visit a salt lake I suppose!

The Pink Salt Lake of Torrevieja Spain. A Cure For A Cough?

Look through the internet and you will find an array of aids used to assist our condition. One item which seems to appear quite regularly on forums are salt lamps. These lamps create much discussion on internet forums as some patients believe they really can help make you feel better, while many others mock them and believe that they are nothing more than a gimmick.  Whatever side of the fence you are on I think we can agree that fresh salty area is a treat and can make us feel a little, if not much better. As a result many families choose to relocate to coastal areas to help a family member with the condition or other respiratory complaint.  In April 2006 the World Health Organisation confirmed that the beautiful year-round climate of the Costa Blanca was one of the healthiest areas of the world in which to live. To this date people who live in and know the region will attest to that fact. Real estate agents in particular will tell you that the sunny climate guarantees a better well being, which is ideal for people who are unfortunate to suffer from asthma, arthritis and skin disorders like eczema and psoriasis. 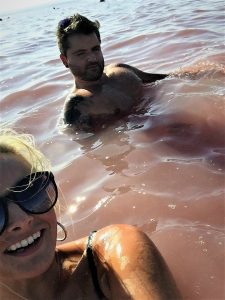 Torrevieja situated next to the sea in the south of the Costa Blanca benefits from 320 days of sunshine each year with the average temperature ranging from 18-28 degrees Celsius (64 to 82 degrees fahrenheit).  As a result it’s no wonder Torrevieja has been voted by the World Health Organisation as one of the healthiest places in the world to live! The reason for this is Torrevieja is surrounded by two of Europe’s largest salt lakes known as Laguna de la Mata and the Salinas de San Miguel. The high concentration of salt, together with the temperature forms what the experts call a “micro-climate” unique to this area and just a few others around the world. These natural lagoons are protected natural park areas frequented by all sorts of wildlife such as Flamingos, but it doesn’t stop people from all over Europe from bathing in the lakes or basking in the natural mud baths, as it is said to be very good for the skin, joints and general well being. 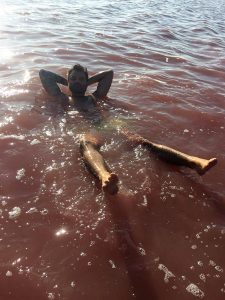 Upon our arrival in Spain we took the road south from Alicante to our resort, La Zenia on the Orihuela Costa. We had read about the salt lakes, especially the pink one, so it was no surprise to see it as we made our way south from Alicante airport. From a distance we marvelled at the lakes splendor and couldn’t wait to dip our toes into this natural wonder. After days spent at the beach enjoying the sun and the Mediterranean sea we decided it was time to visit this salty spa. We packed our bathers, some large bottles of fresh water and we were on our way. The lakes lie just to the edge of the city and you don’t have to walk too far to reach their proximity. Easier said than done however as the lake is fenced off in most areas and there doesn’t seem to be a designated public access. After finding a gap in the fence we followed the well trodden path down to the lakes shore.

The Pink Salt Lake of Torrevieja Spain Mud and Memories

A surreal scene unfurls in front of you as people stride passed you covered head to toe in mud, a deep black mud from the neck down and white mud for the face. What else could we do but join in this unusual ritual and we did. We found the source of this strange mud just beyond the shoreline and slopped on the thick, smelly mud. It feels wrong especially as each grain of salt in the mud scrapes at your skin, be careful if you have any cuts, it stings! After covering yourself you then stand out in the sun until the mud dries or when feels comfortable and it is then we made our way into this pink phenomenon. 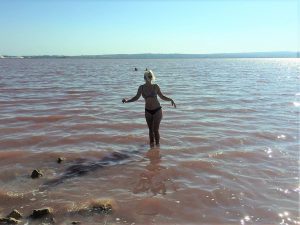 At first it is very uncomfortable as solid formations of salt underfoot jab and poke at your nude feet but after a few steps it is a little more bearable as the rocks are smaller and more coarse. Aside from the strange gritty feeling underfoot the strangest aspect is the fact that you float and turn around and lie back without sinking. Turning on your front and you can move metres away from the shore while still touching the bottom. If you are covered in mud like us you will find that it starts to wash off quite quickly turning the pink water into a shade of black. Immediately afterwards you will notice that your skin is silky soft so maybe worth all that mess after all! The whole experience is quite pleasurable, unless you have a cut!, but the relaxation and sunshine can only help improve your mood, if not your health.

We must say that afterwards we felt strangely energised, maybe the vast hoardes of Russian tourists who regularly frequent the lake were on to something. The salt can feel quite gritty on the skin afterwards but nothing a good wash down with fresh water can’t cure. So as a Cystic Fibrosis sufferer can I recommend this treatment for us all? Hmm the jury is out, yes I did feel energised and my skin was silky soft afterwards which can’t be a bad thing. As for improving lung function? I ‘ll have to see my lung function results at my next hospital appointment. Either way it makes for a wonderful day out and it’s not everyday you can say you floated in a pink lake!

By the way the strange pink-purple colour of the Torrevieja lagoon is caused by pigments of the Halobacterium bacteria which lives in extreme salty environments. This is also found in the Dead Sea and the Great Salt Lake. The colour is also caused by an alga called Dunadiella Salina, which is responsible for the bright red colour of the lake seen at certain times of the year. The Artemia Salina brine shrimp, which lives in the lake, is also red because it feeds on the bacteria. You will also see the flamingos turn a lovely shade of pink because they eat the shrimps. The salt is produced from the south-east corner of the pink lagoon and you will see mountains of salt extracted from the neighbouring factories. 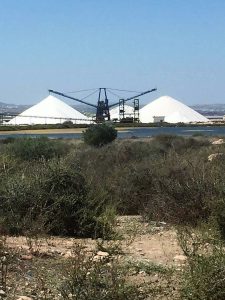 Planning on visiting The Pink Salt Lake of Torrevieja Spain? Here are our top tips:

Bring a beach bag to store your clothes when you enter the lake, there is nowhere to leave your clothes and the area around the lake can be muddy.

Take a large bottle of fresh water to rinse yourself off, the salt deposited on your skin is very irritating and there are no showers in the vicinity.

Use crocs or extra flip flops to cover your feet as you enter the lake, the salt and rocks underfoot can hurt.

Take an inflatable neck pillow. Similar to the airline neck supports these can make your floating experience more comfortable as you take in the sunshine.

If you have any cuts on your body be aware. Cover them with plasters if possible to lessen the sting.

Costume jewellery should be left at home or in the car as the salt can ruin it.

Last but not least close your mouth in the lake. A mouthful or eyeful of water is quite unpleasant. 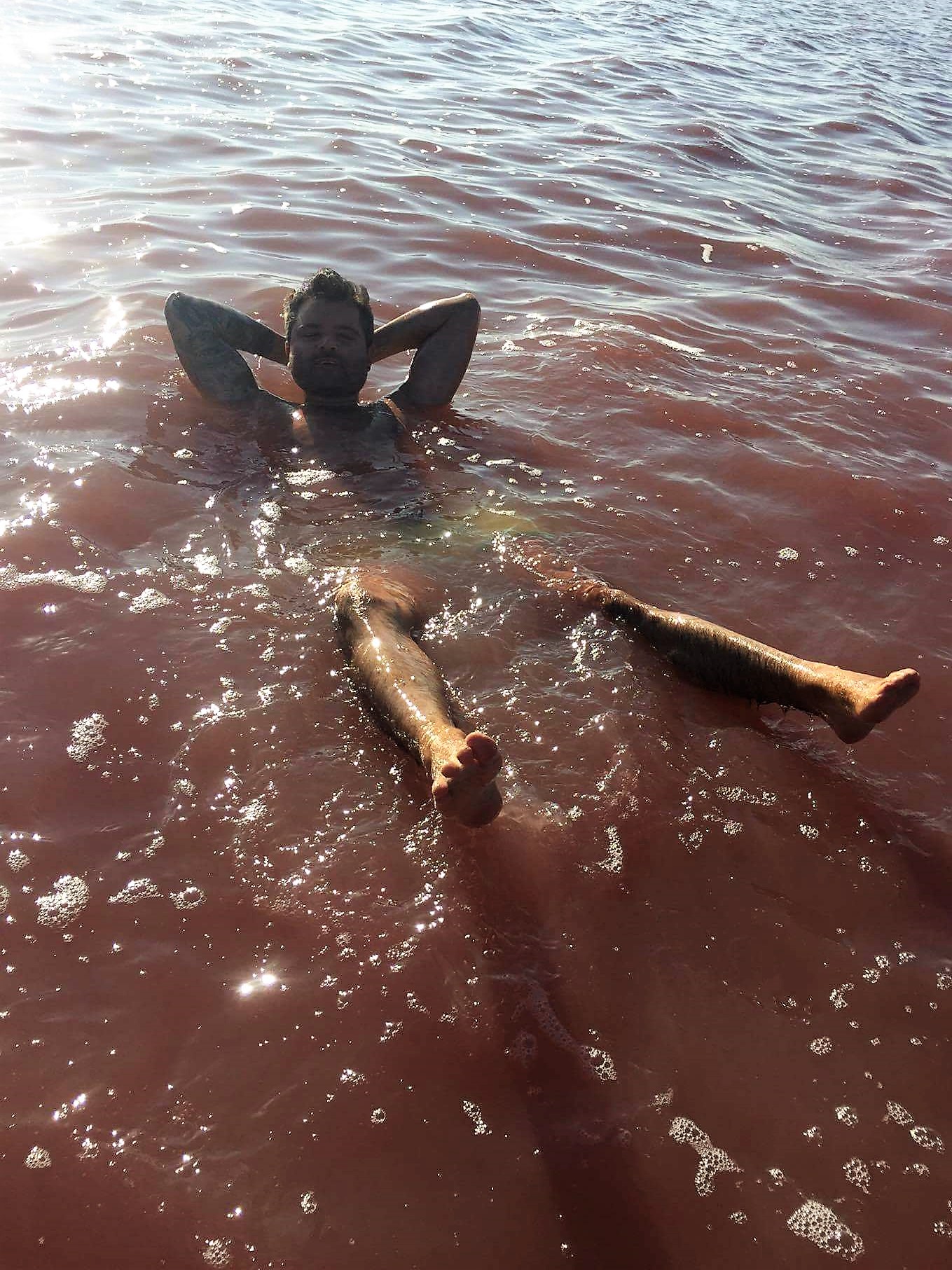 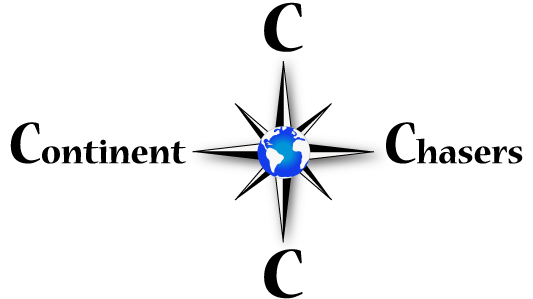