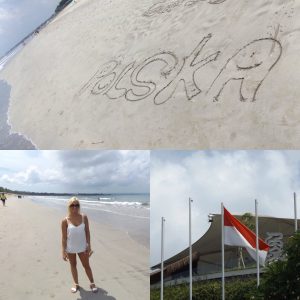 One of the first things we noticed upon arrival at Denpasar airport, Bali, is the national flag of Indonesia flying over the terminal. Nothing special in that you may say but to people who have knowledge about world flags, and to Paula, a flag she and everybody from Poland will recognise.  The Indonesian flag is exactly the same as the Polish, except upside down! Poland Indonesia not just a flag in common

Poland Indonesia not just a flag in common Bimber and Bintang

Walking through the streets of Kuta in December with thirty degree celsius temperatures. Buckets of sweat rolling down or bathing in the balmy waters off the beach at Seminyak may seem a million miles away from the frozen Baltic in December, or a chilly day in Warsaw. However during our short time here we have discovered that Indonesia and Poland do have much in common besides the flag. Here is our guide to Indonesia and Poland not just a flag in common. 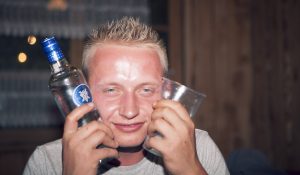 1.  Head blowing home brews:  Poland has its many beautiful beers and of course, Vodka, but many locals and frequent visitors will be aware of Polish “moonshine” called Bimber. The Polish name for moonshine is bimber; although the word samogon (from Russian) is also used. Far less common is the word księżycówka, which is roughly equivalent to “moonshine”, being a nominal derivation from the word księżyc, “moon”. The tradition of producing moonshine might be traced back to the Middle Ages when tavern owners manufactured vodka for local sale from grain and fruit. Later, other means were adopted, particularly those based on fermentation of sugar by yeast. Some of the moonshine is also made from distilling plums and is known under the name of śliwowica. The plum moonshine made in area of Łącko (Southern Poland) called Łącka Śliwo.  Bimber can be found at most Polish weddings and those who have drunk much of it can be found on the floor!   For every bimber Indonesia has arrack, Batavia arrack is distilled in Indonesia. It is the “rum” of Indonesia, because like rum, it is distilled from sugarcane. It is a pot still distillation. To start the fermentation, local fermented red rice is combined with local yeast to give a unique flavour and smell of the distillate. It is distilled to approx. 70% ABV. Like rum, Batavia arrack is often a blend of different original parcels. Such illicit production may result in methanol-tainted arrack that can lead to death.  Read our link to Ashley’s story about how she is now blind due to methanol poisoning in Bali.   Arrack is certainly not to be messed with. 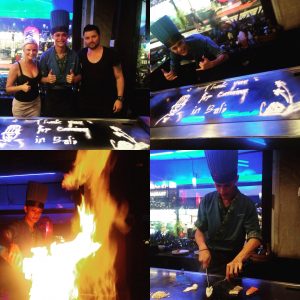 2.  Value for money: If you read our why visit Poland? page Why Visit Poland you will see how value for money is a real draw for visitors to Poland.  No matter what currency you exchange when coming to Poland, particularly Euro and US Dollars, you will find tremendous value and a difficulty spending money particularly outside the major cities. Large steak dinners and a beer can cost less than 10 Euros or 12 Dollars. You can buy plenty of food, alcohol, cigarettes and still have an abundance of Zloty left. Where Poland has the Zloty Indonesiahas Rupiahs. Many visitors, particularly from Australia, take advantage of the many Rupiahs you receive for a Dollar with 10,000 being the current rate (December 2015).  Although the market sellers will try rip you off generally most things are very cheap.  You can easily dine out for two on less than twenty dollars or hire a driver for the day for around fifty dollars. Dining out, shopping and accommodation are much cheaper here than many parts of the western world making it an enticing destination anytime of the year. 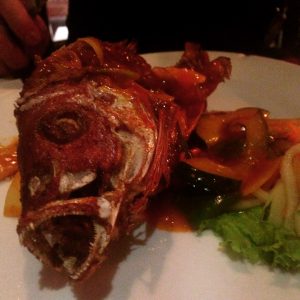 3.  Food: Bigos, pierogi, goulash. krokiety,barszcz, golambki and golonka may not be gastronomical delights you will find in most world restaurants but they are beautiful dishes nonetheless. Polish weddings are an excellent opportunity to sample these delights with seemingly endless courses served to guests. Food is an important part of Polish hospitality and you certainly won’t leave a Polish home hungry. It’s not all good news though as galat and tartar may not be to everyone’s taste! Indonesian cuisine is one of the most vibrant and colourful cuisines in the world, full of intense flavour. It is diverse, in part because Indonesia is composed of approximately 6,000 populated islands of the total 18,000 in the world’s largest archipelago, with more than 300 ethnic groups calling Indonesia their home. Many regional cuisines exist, often based upon indigenous culture and foreign influences. Indonesia has around 5,350 traditional recipes, with 30 of them considered the most important.

Whilst in Bali we have sampled the delights of Mie goreng (fried noodle), a wheat-based Chinese dish completely assimilated into Indonesian mainstream cuisine, Nasi goreng, literally meaning “fried rice” in Indonesian and Malay, can refer simply to fried pre-cooked rice, a meal including stir fried rice in small amount of cooking oil or margarine, typically spiced with kecap manis (sweet soy sauce), shallot, garlic, tamarind and chilli and accompanied by other ingredients, particularly egg, chicken and prawns and satay dishes such as satay ambal, A satay variant from Ambal, Kebumen, Central Java. This satay uses a native breed of poultry, ayam kampung. The sauce is not based on peanuts, but rather ground tempeh, chilli and spices. The chicken meat is marinated for about two hours to make the meat tastier.  Suckling pig is another dish the two nations have a love for.  Well maybe not the majority Muslim population of Indonesia but certainly Bali with its Hindu majority. Suckling pig was a delicious part of our Polish wedding and in Bali you will see many on the spit outside their restaurants. 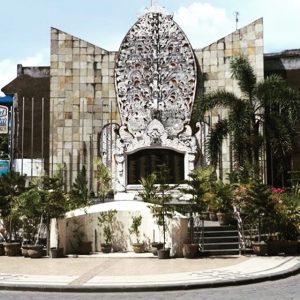 4. Architecture: Poland, as we have written previously, is a stunning place to visit for those interested in architecture.  Beautiful architecture can be seen on the fairytale streets of Krakow and the nearby Wieliczka salt mines or to the Tatra mountains in the south and the resort of Zakopane. Poland oozes history and breathtaking architecture which makes it a unique destination. Indonesia also boasts stunning architecture of its own.  Invaders, colonisers, missionaries, merchants and traders brought cultural changes that had a profound effect on building styles and techniques.

The Balinese architecture we have so far witnessed is a centuries-old architectural tradition influenced by Balinese culture developed from Hindu influences through ancient Javanese intermediary, as well as pre-Hindu elements of native Balinese architecture.  Even in the urban jungle of Kuta with Starbucks, the Hard Rock Café and KFC, beautiful temples can be discovered, with the Hindu temples known as Puras.  Puras are builtin accordance to rules, style, guidance and rituals found in Balinese architecture. Most of the puras are found on the island of Bali, as Hinduism is the predominant religion in the island; however many puras exist in other parts of Indonesia where there are significant numbers of Balinese people.  A large number of puras have been built in Bali, leading it to be titled “the Island of a Thousand Puras”. 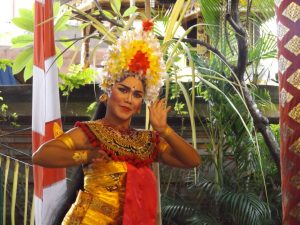 5.   Beautiful people:  Again we are biased but anytime I have visited Poland I have always been impressed by the generosity and hospitality of the people.  Whether visiting somebody’s home they will ensure you are well fed and full with drink, even when they don’t have that much. The Indonesians we have met in Bali seem to possess the exact same positive characteristic.   Yes many are trying to make a buck, but take time to talk to them and you will find a hard-working people who are happy to talk and are proud of what they have, even if it’s not so much.  Also from a guys point of view the women are also easy on the eye, like Poland, but of course Poland is better! 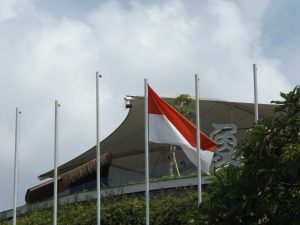 6.  The flag:  We couldn’t write about similarities between the two countries without finally pointing out the countries national flags. Like Monaco and Singapore the flags can all appear the same at first glance.  Poland adopted their flag in 1919 using colours going back to 1831. Indonesia adopted their flag in 1945.  The Polish flag started as a medieval banner that consisted of a white eagle on a red banner. Indonesia’s red is courage the white is purity.  The only difference between the two is that the red on Indonesia’s is on the top and Poland’s on the bottom!

Who would have thought Poland a country in Eastern Europe, and Indonesia, a country thousands of kilometres away in South East Asia, would have so much in common.  These are two Republic’s we certainly recommend visiting.  Just don’t confuse the flags!! Poland Indonesia not just a flag in common. 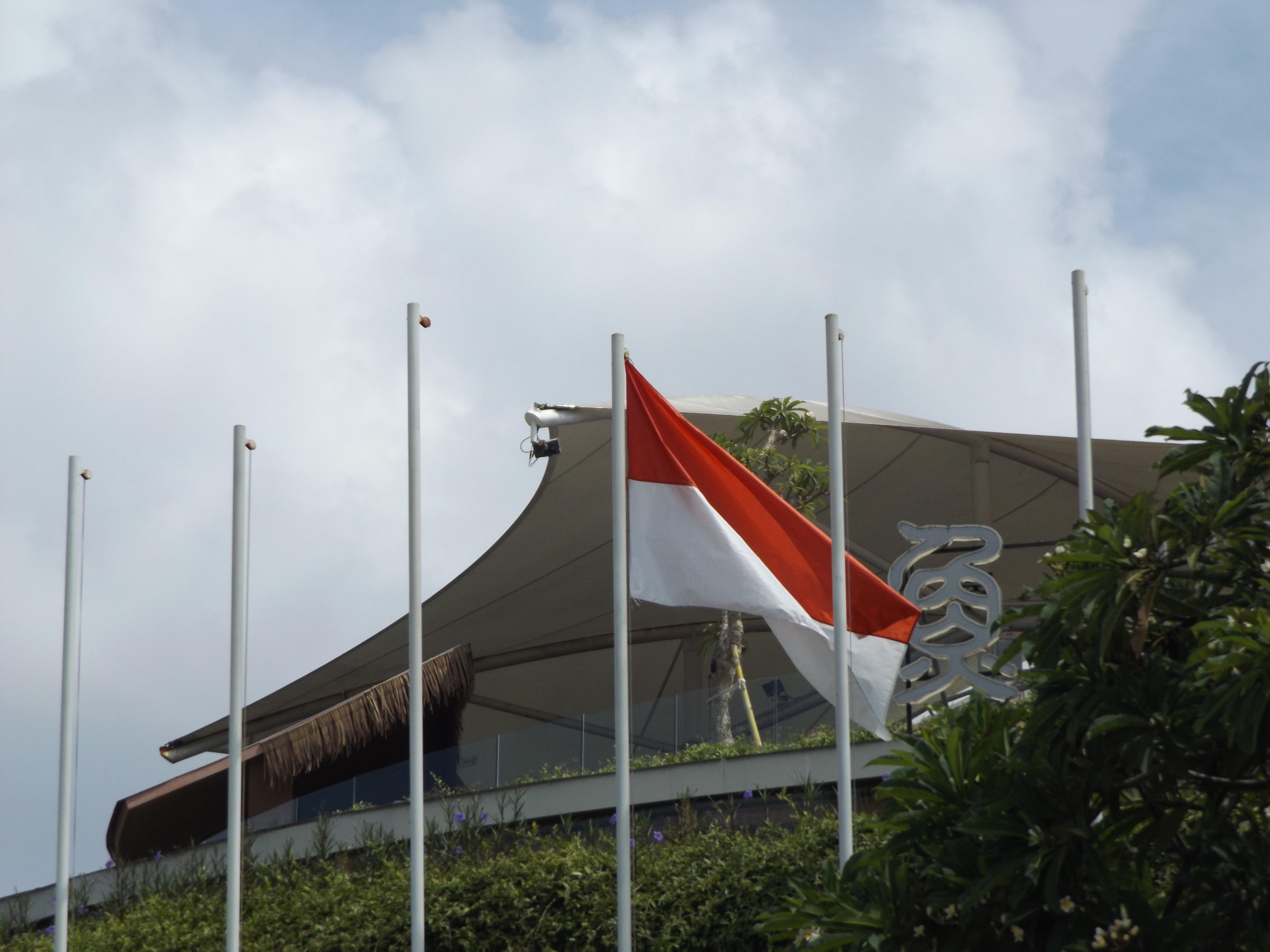 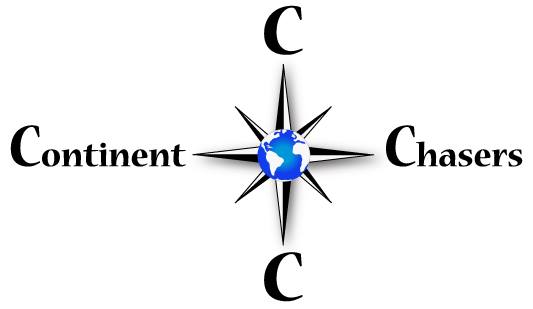