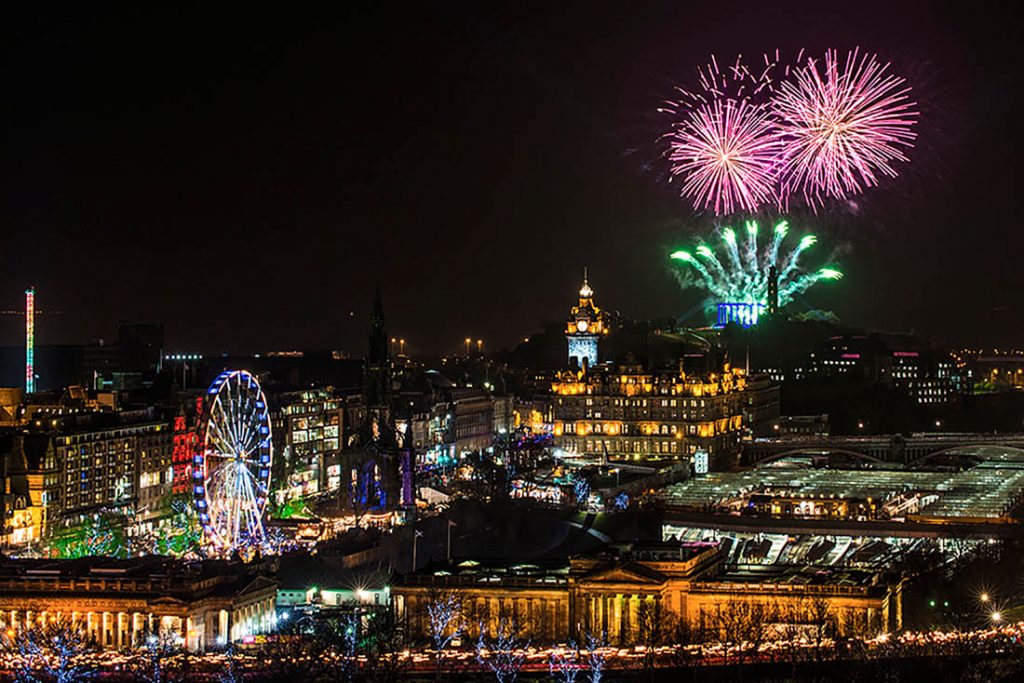 Another year has passed and you may be thinking, “where has it gone?” As a cystic fibrosis patient I am happy another year has gone by in relatively good health!, hey I’m still here and breathing! As a keen traveller it’s also a chance to look back on the years travel highlights and the perfect time to plan next years adventures. See our post, Destination 2019 to see where is hot next year, in our opinion. Before all that though it’s time to celebrate, or say good riddance, to the past year in a blaze of glory.

So where are the best places to celebrate the coming of a new year? We all have our own idea of celebrating, maybe it’s just sitting in the comfort of home with family and friends, but if you want to go big and make it truly memorable here’s our guide to a Happy New Year The World’s Best Places To Celebrate. 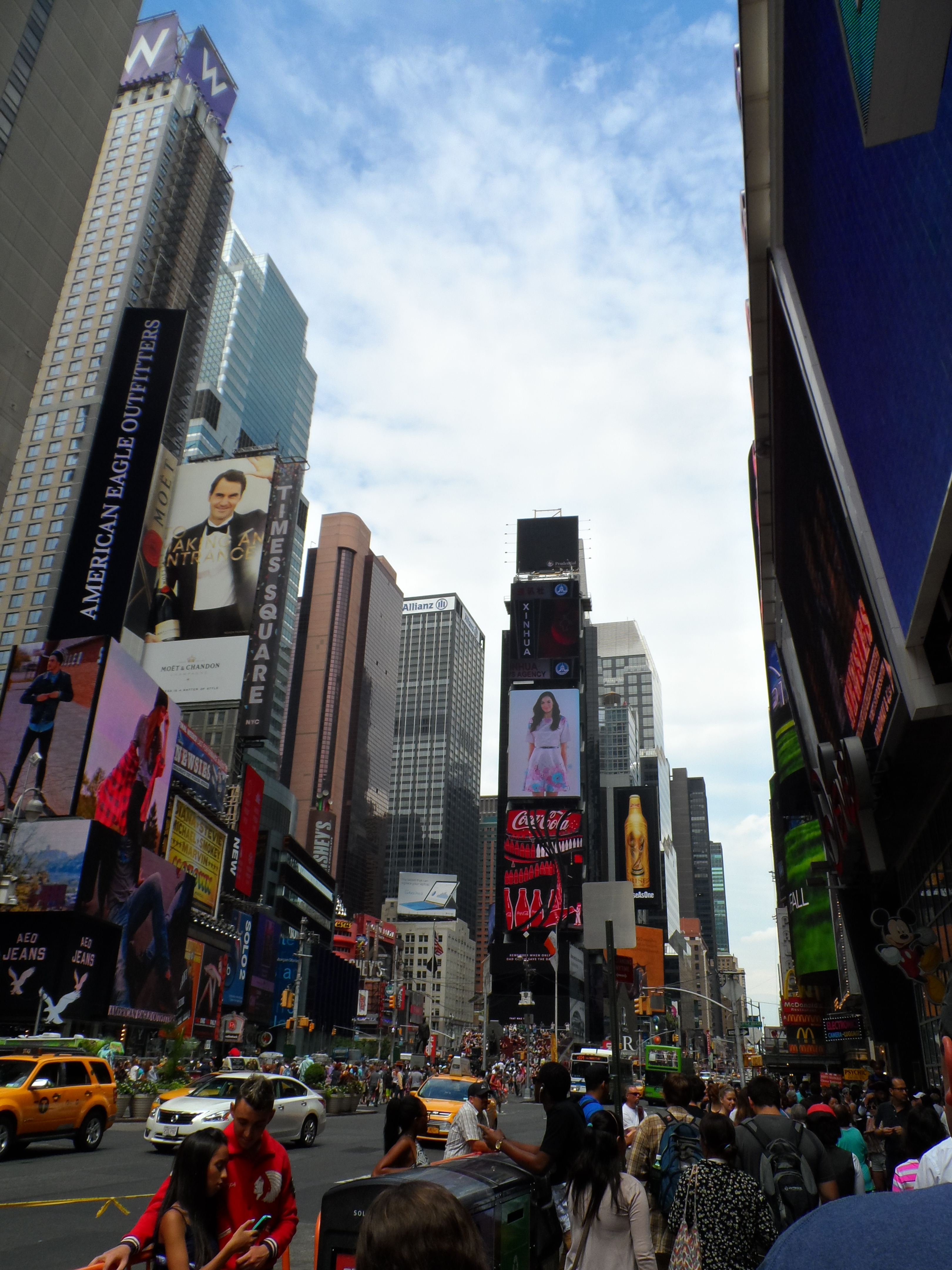 OK, OK, how cliché, common, boring, unimaginative. Look at images from around the world of people ringing in the new year and the famous ball dropping from above in Times Square is bound to take centre stage on many TV broadcasts and instagram feeds. Personally the thought of queueing for hours in freezing conditions squashed up against total strangers doesn’t sound like my idea of celebrating, but maybe I’m getting old and cynical! It may not be for everyone, but there’s no denying that New Year’s Eve in New York City has an atmosphere that few other cities on the planet can rival.

Most famous, of course, is the annual gathering of a million people in Times Square to see famous musicians and the ball drop, in which a 12-foot-wide crystal ball weighing nearly 12,000 pounds (approx 5400 kg) descends atop One Times Square.  First held on December 31, 1907, to welcome 1908, the ball drop has been held annually since, except in 1942 and 1943 in observance of wartime blackouts.

For a slightly less chaotic experience, book a reservation at one of the bars or restaurants overlooking Times Square. And for something completely different, consider a nighttime boat ride on New York Harbor, which offers the best views of the midnight fireworks display on Liberty Island. The city that never sleeps certainly keeps its eyes open at new years so for all you insomniacs head stateside! 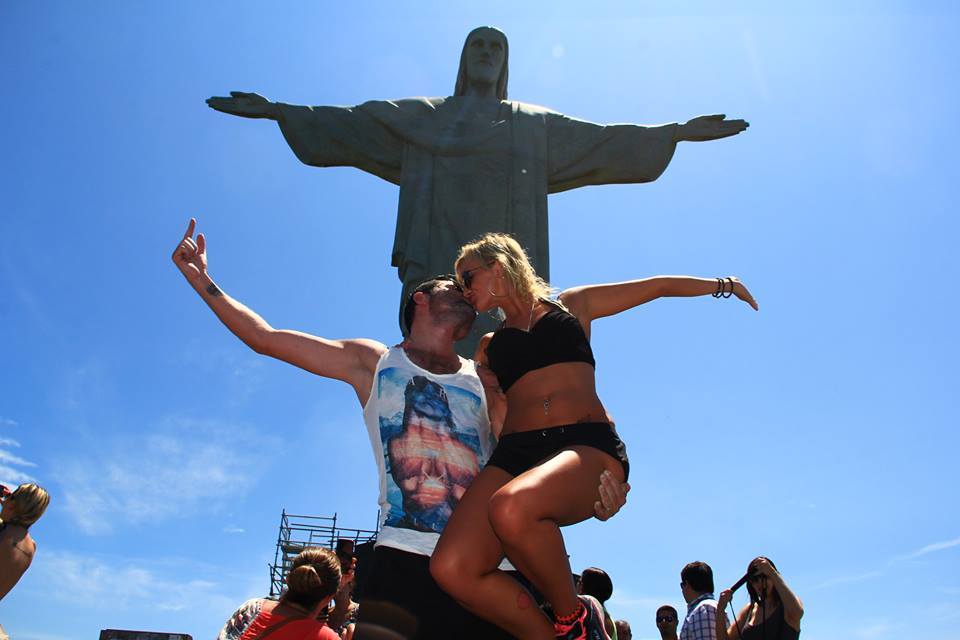 If standing in icy cold conditions in Times Square with a wooly hat and gloves doesn’t tickle your fancy then why not think about ringing in the new year somewhere a little warmer? You could go to Sydney, but if airfares and length of travel time are against you then why not make it to Rio de Janeiro in Brazil? We don’t need any excuse to plug this amazing city, we had a fantastic time here during our South American trip of 2014, so good our five day stay turned into a two week one!

If Rio is best known for its Carnival festivities, its New Year’s Eve celebration comes in a close second. Iconic Copacabana Beach hosts the world’s largest (and arguably wildest) New Year’s Eve party, in which more than two million people cram onto the two-and-a-half-mile stretch of sand. Known as Réveillon, this uniquely Brazilian celebration that blends religious, traditional, and superstitious beliefs: Locals dress head to toe in white (believed to bring good luck) and toss handfuls of flowers into the ocean as gift to Yemanjá, goddess of the seas.

The celebration also includes large oceanfront stages for live musical and dance performances, and a colourful fireworks display at midnight completes the scene. We never need reasons to return to Rio so if it can’t be for Carnival then we could handle singing Auld Lang Syne in the shadow of Christ the Redeemer come years end! 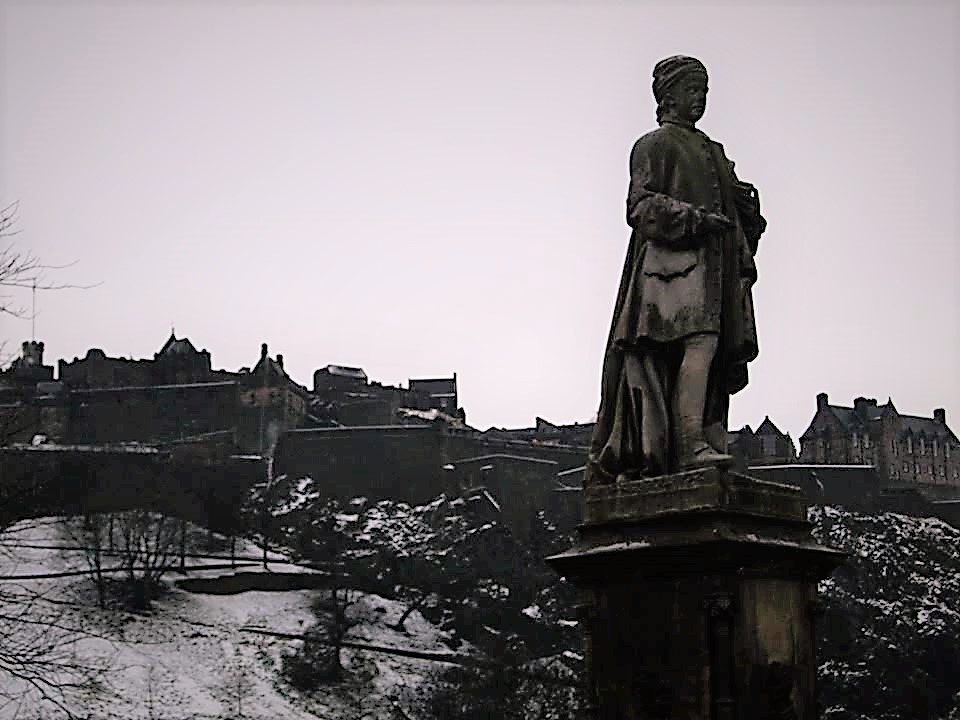 Our Celtic Cousins in Northern Europe may not be the first place you think of when planning a new year’s trip, but the city of Edinburgh, hosting Scotland’s Hogmanay, is fast becoming as common as shopping in New York or a catching a football game in Manchester or London for us Irish and fellow Europeans. Hogmanay translates to “last day of the year,” but the annual festivities in Edinburgh actually last three days.

Things kick off on December 30 with a torchlight procession through the city that culminates in a fireworks finale, while New Year’s Eve is all about massive street parties and outdoor concerts, including a massive, open-air cèilidh or céilí (traditional Celtic party). At midnight, 4.5 tons of fireworks explode over Edinburgh Castle while the streets ring out with revelers singing “Auld Lang Syne.” New Year’s Day brings competitive dog sledding across Holyrood Park; brave souls jumping into the ice-cold waters of the River Forth at the conclusion of the Loony Dook parade (a charity event); and Scot:Lands, a multivenue music and arts festival. 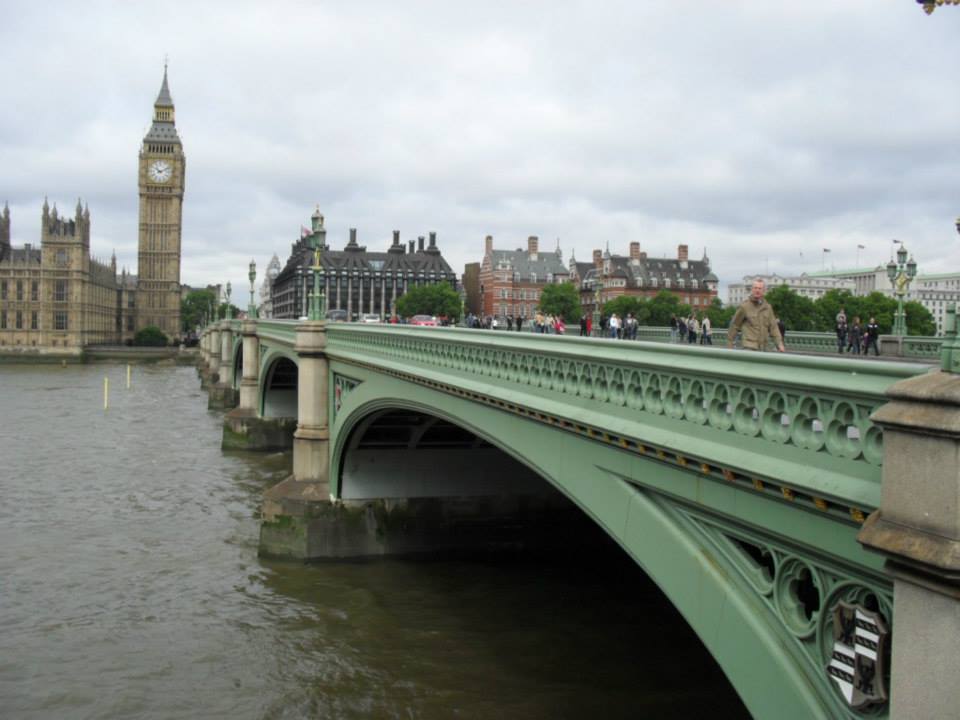 If jumping into the car and heading north to plunge into the ice cold waters of the River Forth doesn’t sound like your idea of fun then maybe you could try London, if it is geographically more suitable. After a couple of tough years for the city and its people it’s time to get on with life and ring in the New Year as only Londoners can, to the chiming of Big Ben at midnight. More than 250,000 people crowd the banks of the Thames and its numerous bridges to see the spectacular ten-minute lightshow and fireworks display, with the London Eye, the Houses of Parliament (also known as the Palace of Westminster), and the Shard among highlights of the urban scenery.

The fun doesn’t end there, though: There are many after-parties, and on New Year’s Day the streets of central London see a parade that features colourful floats, marching bands, costumed dancers, and a procession of the Queen’s horses for those of you interested in the Royal Family. London is one of the world’s iconic cities but that comes with a high price tag. Be prepared to stock up on the Sterling and pay a Kings’s ransom for accommodation but if these are no issue to you then a memorable new year celebration will be had. 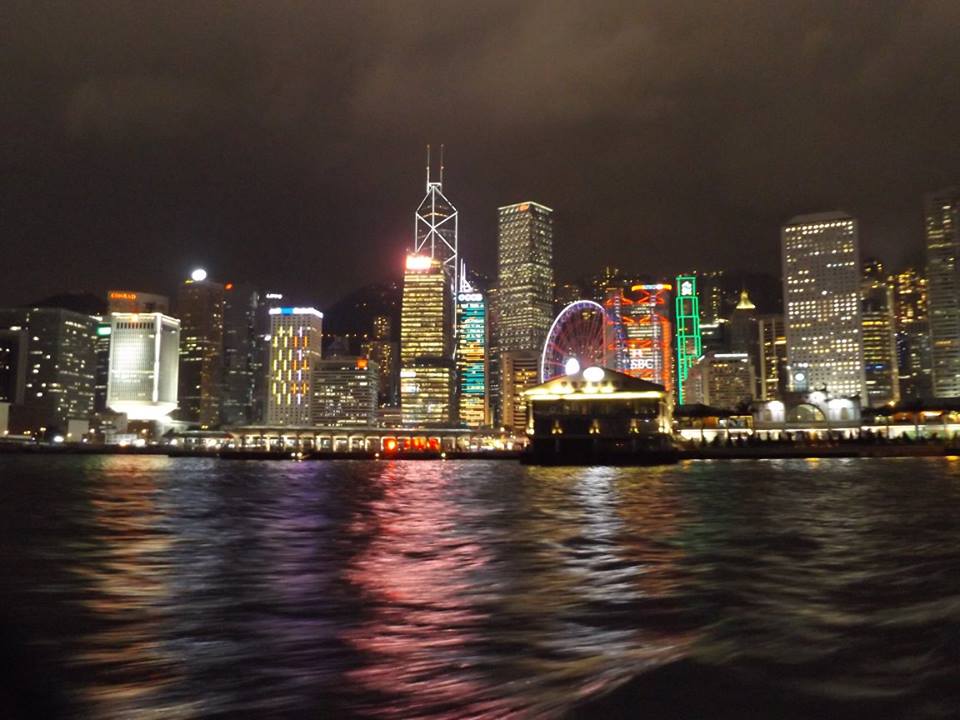 Fortunately I have visited this incredible city on two separate occasions, sadly on both visits I was unable to take in one of the world’s most iconic views from atop Victoria Peak. Lights, skyscrapers and a stunning harbour are easily recognisable with beautiful shots adorning the internet showcasing this hectic, but picturesque part of the world. On both occasions fog hindered my view but hopefully you have better luck if you get the chance to visit at the end of December.

One of the world’s most dramatic skylines lights up every year with a display of fireworks that grows more impressive every year, concluding with a dazzling finale: a pyrotechnic dragon that dances across the sky. The events kick off in Hong Kong’s Times Square shopping mall, where a replica ball drop takes place in homage to New York City’s famous festivities. Victoria Harbour is the centre of the evening activity, though, so savvy locals party on boats, rooftop terraces, or at the Avenue of Stars in Tsim Tsa Shui for the best views of the dazzling lightshow. Having witnessed first hand the spectacular sights and sounds of Hong Kong during a normal day we can only imagine how magical it is illuminated by fireworks and dancing dragons! 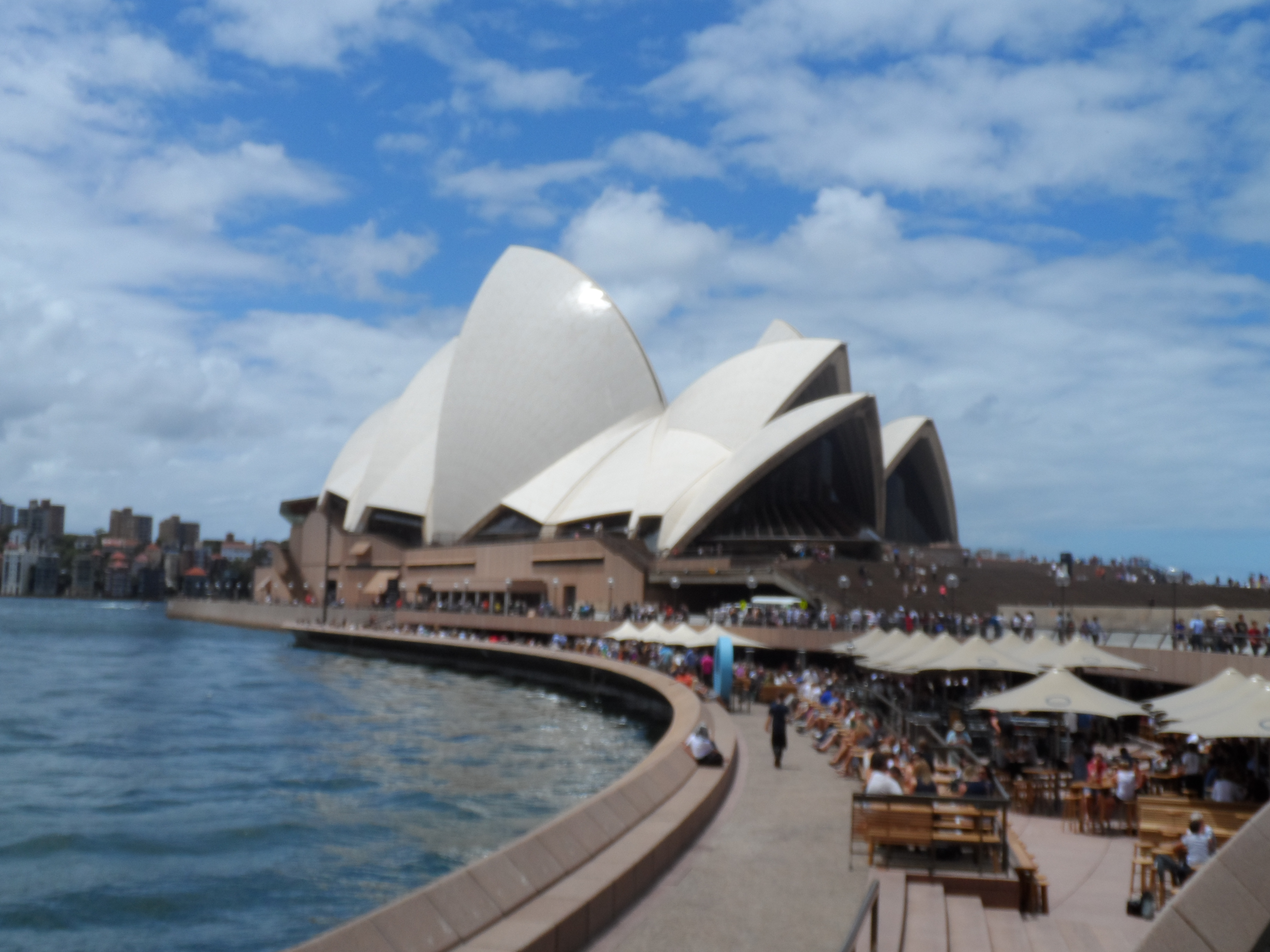 Sydney has two claims to fame for its New Year’s Eve celebrations: first, because of its location, it’s one of the the first major cities where the clock strikes midnight; second, Sydney puts on the largest fireworks display in the world, with one at 9pm and another at midnight, with the iconic Sydney Harbour Bridge and Sydney Opera House making for a striking setting. More than a million people attend the waterfront show, which also includes an air and water show featuring aerial acrobatics, an Aboriginal smoking ceremony that is said to cleanse bad spirits, and the Harbour of Light Parade, a flotilla of more than 50 illuminated boats in the harbour.

All this is impressive enough but for us in the northern hemisphere it’s the perfect chance to take in some winter sun as new year falls in the middle of Australia’s summer. So put away the boots and winter jackets and take out the thongs (flip flops) to make it a New Years Eve you will never forget. 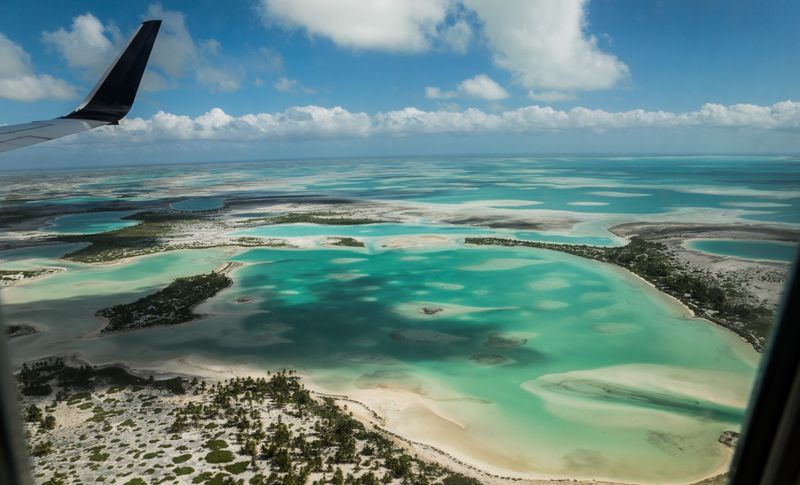 So you fancy beating the crowd, want to be one of the first people on the planet to celebrate the new year? Then Christmas Island (Kiritimati) in the Pacific Ocean is the place for you as it is among the first inhabited places in the world to celebrate New Year 2019. Depending on when you visit Christmas Island on New Year even you may catch one of the many cultural festivals taking place Hari Raya Puasa, Chinese New Year, making the end of the month-long Ramadan fast for Maulaud Nabi, or Vesak day. It may not be cheap, or easy to get there but if you have the means it will make for a memorable and worthwhile experience. Celebrate a new year on Christmas? How often can you say that? 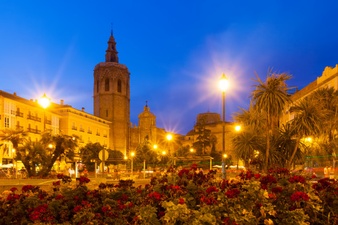 Valencia I hear you say? Why Valencia Spain? It certainly doesn’t draw the same new years attention like Sydney, New York or London but in eastern Spain new year is, as usual, party time and Valencia will go crazy. Many venues will host new year events and the crowds will gather on the Plaza del Ayuntamiento (city hall square) for the year’s biggest fireworks (and in Valencia this means VERY BIG fireworks) at midnight. They may also instead do a spectacular public function with light show and fireworks at the City of Arts and Sciences.

One particular tradition is to eat 12 grapes (Las Uvas) for each chime of the clock, to bring good luck for new year. You can buy these just about anywhere. Originally we were close to spending New Years’s Eve 2017 here but due to commitments elsewhere we will have to come another year, sadly. Thankfully we got to visit the city this year but New Year’s Eve is a special time. For those of you lucky enough to be there, go out, mix with the crowds, watch the fireworks at midnight, have Las Uvas (Grapes) for good luck in the coming new year and finally party till dawn Spanish style, making Valencia a good start for a Happy New Year The World’s Best Places To Celebrate. 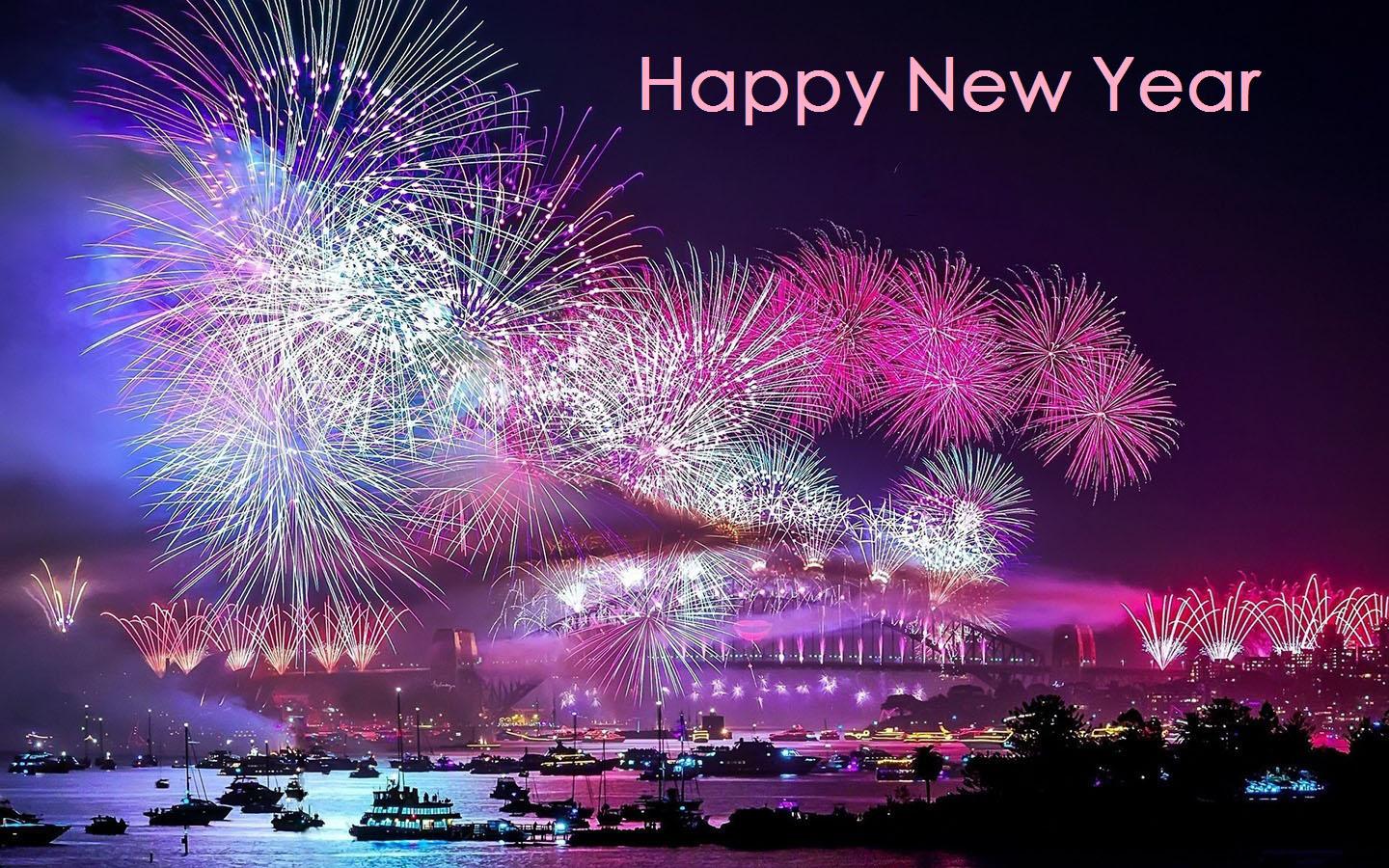 There you have it just some wonderful destinations for a Happy New Year The World’s Best Places To Celebrate and ring in the new year. If you are lucky enough to visit any of these places then have a great time and stay safe. If you do plan on making it to one of these destinations next year, be sure to start saving now and book early to avoid disappointment.

Wherever you are ringing in the new year make the most of it, you never know just whose last year it could be! On a happier more positive note all there is left to say is, “Happy New Year!” to all our valued readers, make memories, safe travels and bon voyage!

Missed your favourite place or country? Then why not let us know. Better yet share some pictures of you enjoying your new year celebrations, we would love to share them! 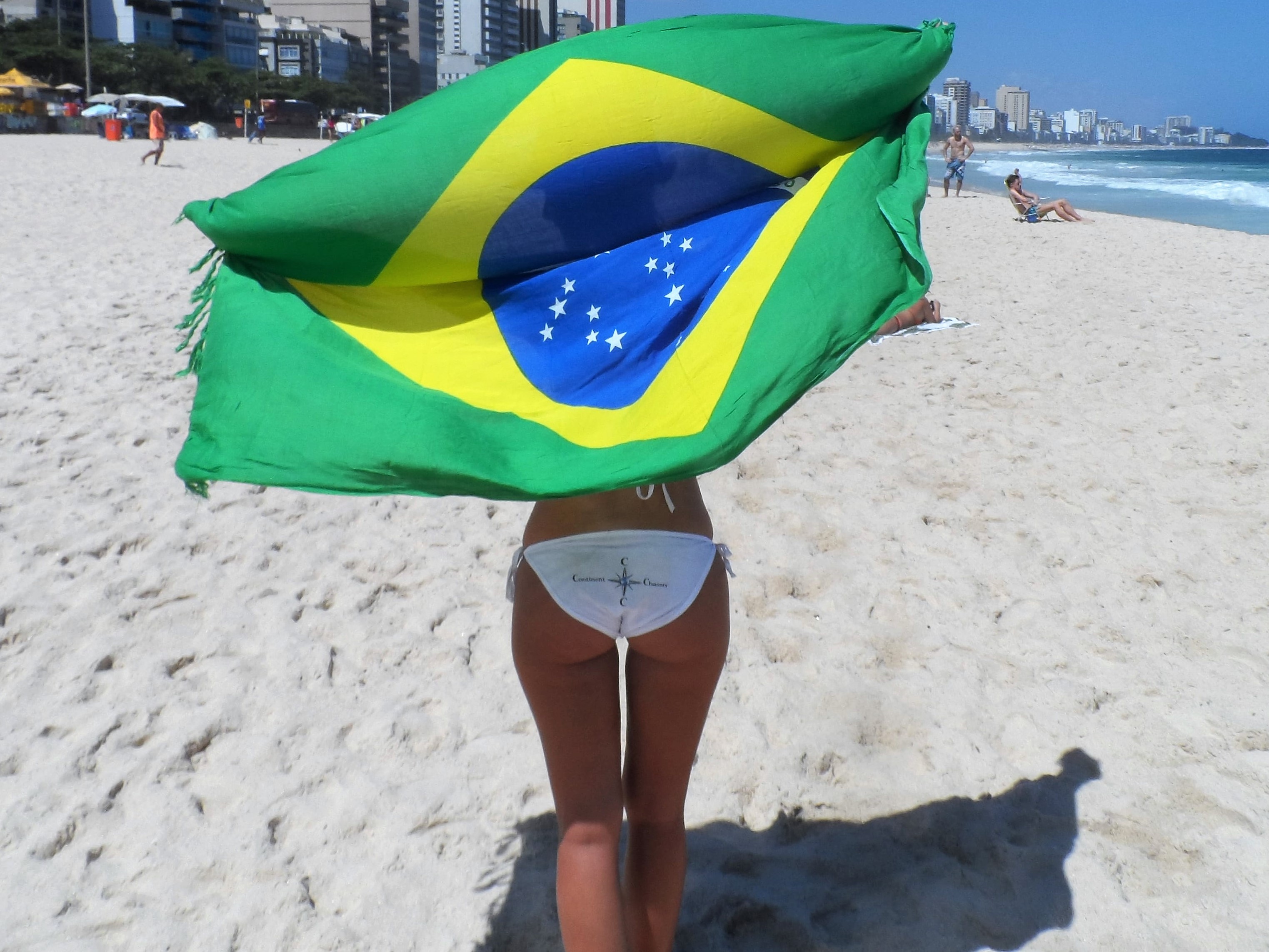