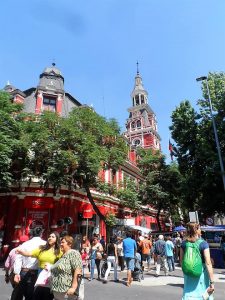 Here we are again that time of year when we are busy preparing for Christmas and reflecting on another year gone by. If you checked out our Destination 2017 guide you would have seen five fascinating destinations which you would be fortunate to visit at anytime. We were lucky to have visited Greece during the year with a wonderful few days spent in the historic city of Athens. So what does 2018 have in store? Who knows? But here are just some destinations which we feel are worth visiting this year. So lets pack our bags and check in for Destination 2018. 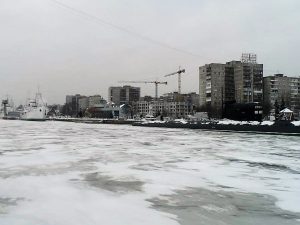 All eyes will be on this wondeful nation this year with the FIFA World Cup taking place for a whole month from June 14 2018 to July 15 2018. As an Irishman I was hoping to join hoardes of my fellow countrymen to follow the boys in green but sadly we will have to cheer on Denmark who ultimately knocked us out of contention. If football is not your thing then don’t worry, Russia is a vast enough nation to keep you satisfied whatever your needs. For culture vultures The Bolshoi Theatre and Pushkin Art Gallery in Moscow, the Mariinsky Theater and the Hermitage in St. Petersburg – these are considered to be some of the best art institutions in the world. In St. Petersburg alone there are 2,000 libraries, 221 museums, 80 theatres, 100 concert halls, 45 art galleries, 62 movie theatres, and 80 nightclubs, and over 100 concerts, shows and festivals each year.

Added to this Russian history spans for more than 1,150 years. Formed by the merging of Viking military leadership with the dreams and ambitions of a people who commanded the great trading routes of Eastern Europe, it is no great surprise that today it is the world’s largest country. Finally as the country is so vast it suits everybody from those who love to sunbathe to ski. Temperatures for Moscow and St. Petersburg range from highs of 32°C in the summer to lows of -25°C in the winter. Sounds unbelievably cold? Spare at thought for those living in Omyakon village where the world’s lowest temperature of -71.2°C was recorded! Maybe a destination to check out for all those who love a challenge! 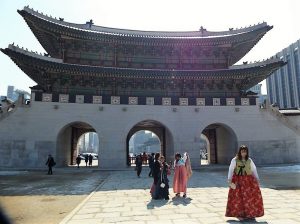 Continuing along with the sporting theme another huge date in the sporting calendar is the winter olympics which will be held this year in South Korea. We were fortunate to visit South Korea in 2016 staying in the nation’s capital city of Seoul. It was an incredible few days which exposed us to Korean culture and most memorably the food. Korean Food is without a doubt one of our favorite cuisines of the world.  Korean BBQ is the most traditional meal around and it’s always prepared in top-notch quality. A typical Korean BBQ meal involves grilling fresh cuts of beef or pork at your table.  You’ll be served unlimited portions of side dishes, including soups, fresh vegetables and spicy sauces.  Every single meal involves kimchi, which is a spicy fermented cabbage dish which we find irresistible. The chicken galbi dish we discovered in Seoul has risen to the top of our personal favourites and really must be tried.

For technology lovers the readily available and utterly fast Wi-Fi speeds are perhaps the most impressive of Korea’s tech-driven economy. In fact, South Korea is renowned for being the most connected country in the world, thanks to its widespread Wi-Fi availability (you can pick up a Wi-Fi signal from any coffee shop, restaurant or street corner). Finally who knows what may happen with their northern neighbours in the coming years so catching a trip to the eerie and heavily fortified border is a must for history and conflict lovers.

Lonely Planet recommends you visit Chile this year and who are we to argue. They remark “that from its disparate extremes to the ever-trendier capital of Santiago at its heart, the country’s citizens will unite in 2018 to mark 200 years of independence. Thanks to new non-stop flights from both London and Melbourne, it’s never been easier to catch a plane, raise a glass of pisco sour and toast the celebration“. We were forunate to visit the country back in 2014 and boy was it a positive experience. We stayed in the heart of the capital city, Santiago and enjoyed the summer sunshine immensely.

A fascinating look into Chile’s painful recent history can be experienced at the moving Museum of Memory and Human Rights. You can spend hours here and can’t helped but be moved upon exiting as you realise just how evil can tear apart a nation and its people. On a happier note stunning scenery and the port city of Valparaiso are only a bus ride away from the capital city. Visit the driest desert in the world at the Atacama, archaeological ruins and the Andean highlands. In the heart of the country, you can visit the main cities as mentioned such as Santiago and Valparaiso, famous vineyards and some of the best ski resorts in the Southern Hemisphere. Further south visit The Western Patagonia, with its fjords, ice caps, lakes and forests. As you can see quite a mix and great reasons to visit one of the world’s longest countries from north to south! 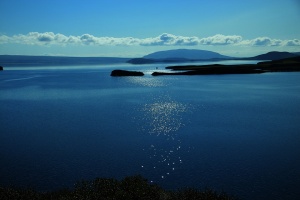 Destination 2018, will this finally be the year we make it to Iceland? (Since writing it certainly has) Those of you who are familiar with our website might notice that we have travelled Europe extensively. We visited the majority of the Scandinavian region back in 2010, but sadly didn’t quite make it to the land of fire and ice. Hopefully this will be our year to discover this incredible nation and we believe it’s a great time for you to visit too. Staying with the sporting theme, Iceland have made it to their first FIFA World Cup earning the tag of the smallest nation to ever take part in the competition.

If you witnessed Euro 2016 you might have noticed that half the country was in France cheering on their team with the memorable and infectious thunder clap passionately displayed. If football isn’t your thing then why not witness the wonder that is the northern lights? Take a picture on a deserted beach with a crashed aeroplane, take an ice-climbing tour or dip in the famous Blue Lagoon’s steamy water which seems to be on many bucket lists, and for good reason. What’s not to love about crystal-blue, geothermal water that hovers between 98 and 102 degrees year-round with views of spectacular, snow-covered lava rocks in every direction? If we are fortunate to make it north this year we will make the most of the opportunity and certainly won’t forget the camera.

UPDATE WE FINALLY GOT TO VISIT ICELAND IN APRIL 2018, CHECK OUT OUR BLOGS FROM THIS AMAZING PLACE.

So why Namibia in Destination 2018? Well why not and also we think it’s time the world got to know this southern African destination, particularly when the World’s most powerful man, Donald Trump, called it Nambia recently!! We are here to shine a little light on this often overlooked destination.  Sharing borders with South Africa, Botswana, and Angola, Namibia is a unique African gem which often gets left behind it’s well known neighbours. It’s got some of the most varied scenery in the world, and with a sparse population of under 2.5 million, it is almost entirely untouched. It is often said that the Namib Desert is the oldest in the entire world, and among it are miles of picturesque burnt red sand dunes, cracked dirt bordered by distant purple mountains, and wildlife that will come right up to campsites. This is one of the best places in the world to see the stars! But, that’s not all – Namibia has miles of coastline with great surf, incredible rock formations and National Parks to explore, and there are expansive game parks in the north as well. As a former German colony it is popular among German tourists, but its time for the rest of the world to uncover its wonder!

Five fascination destinations to get you moving this Destination 2018. We understand that it is not as simple for many to just up and leave and finances can be a real issue, but we have included some tips which may help in our blog How To Fund Your Round The World Trip. If you are lucky enough to travel this year we would love to hear your stories and see/share your pictures. Happy travels this Destination 2018 and above all Happy New Year from the Continent Chasers. 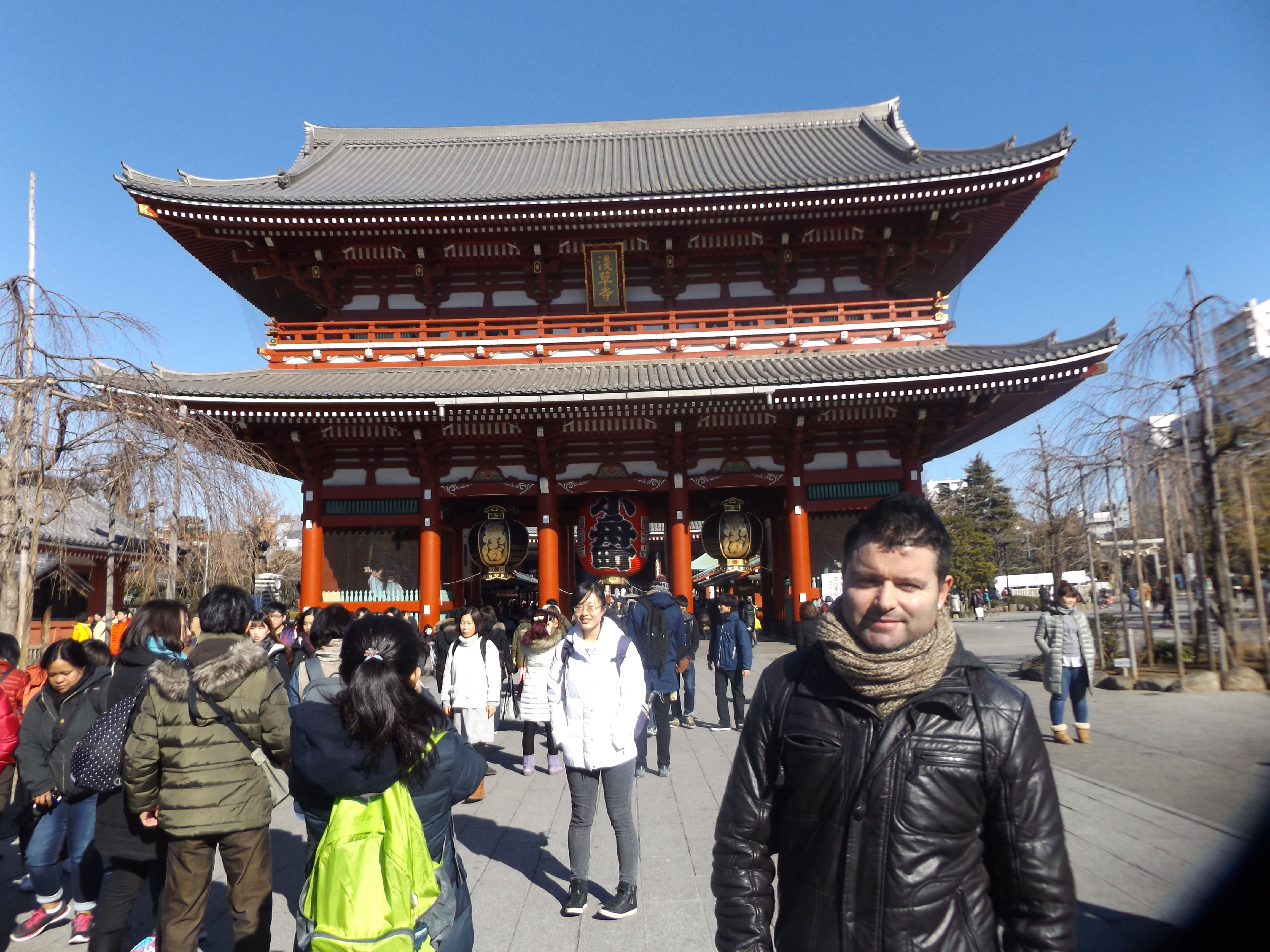